Brotherhood March II was held on January 24, 1987. The first march on January 17 involved only a handful of marchers and was met by counter-protesters who threw rocks and bottles, injuring some of the marchers. Brotherhood March II was a response to the counter-protest and attracted some 20,000 marchers from across the country. Forsyth County had been all white since the year 1912 when the black population left under threat of violence following a racially charged trial. 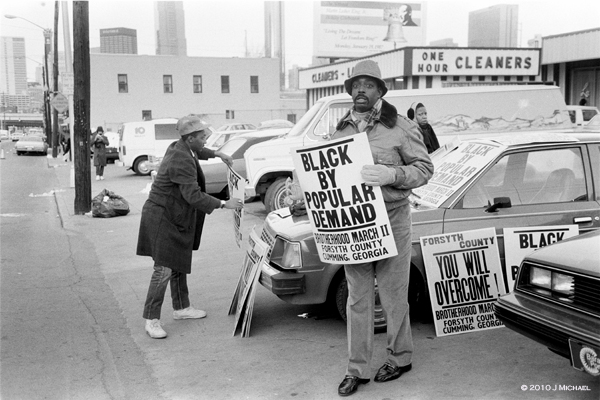 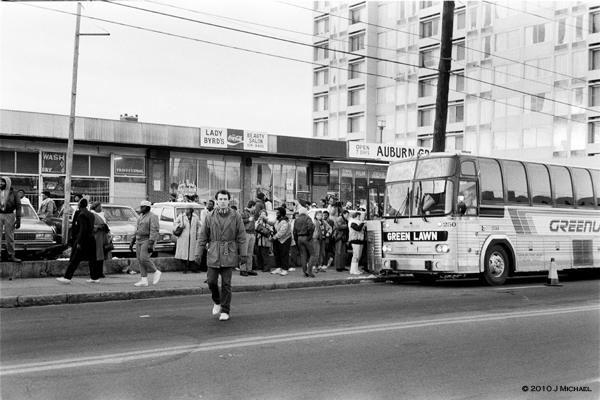 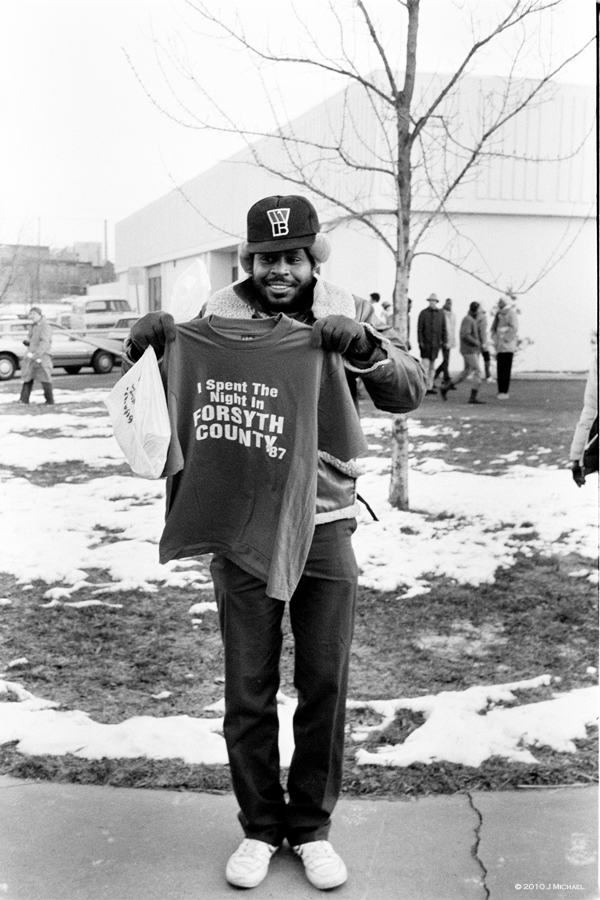 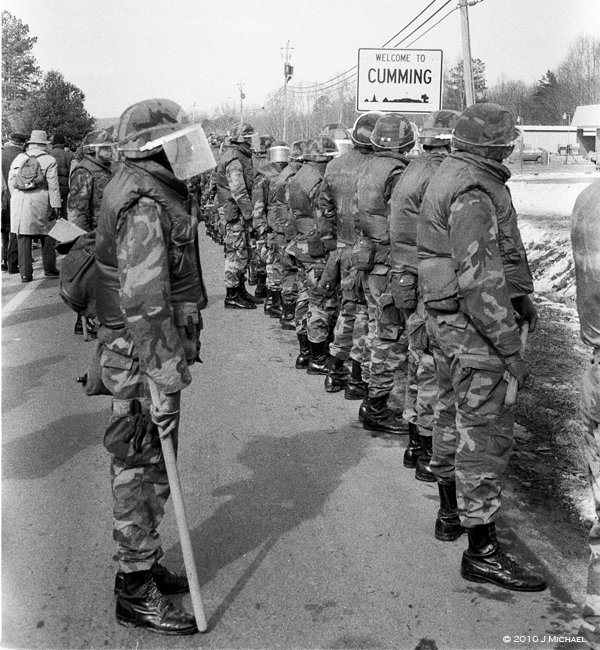 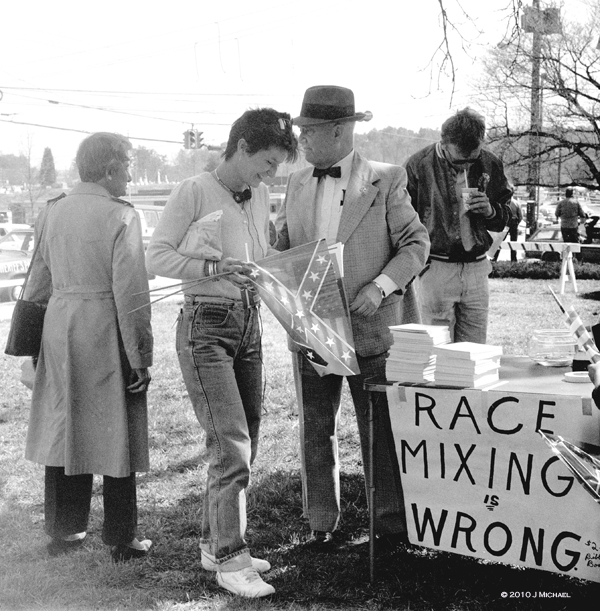 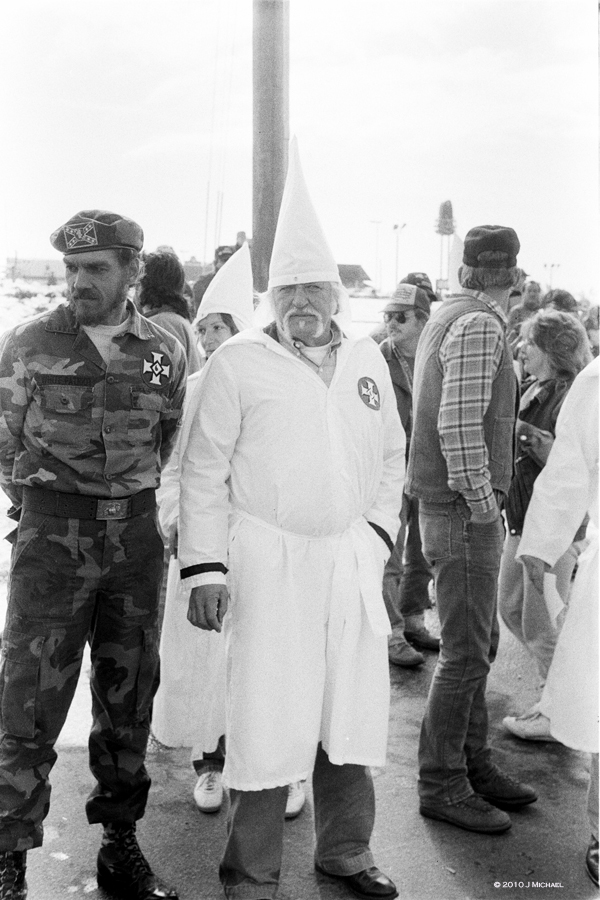 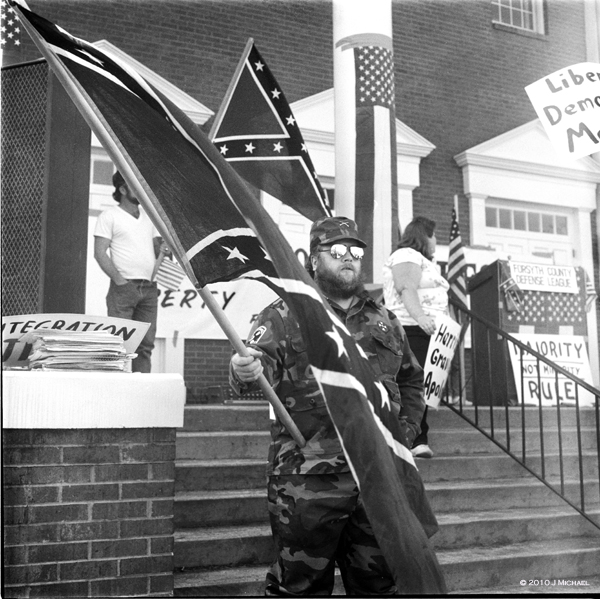 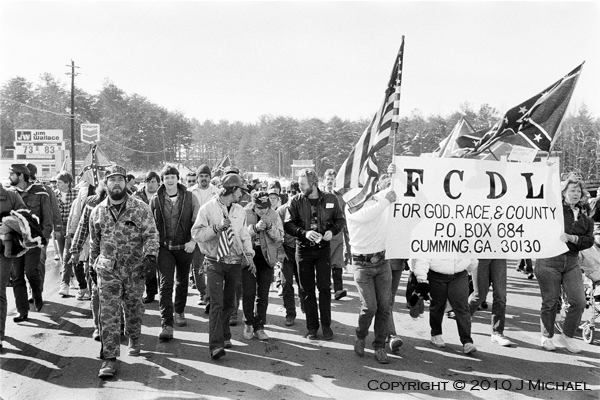 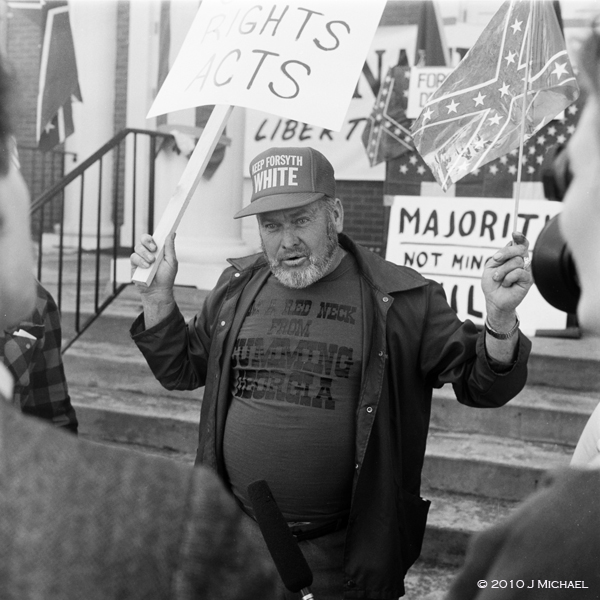 When I arrived in Cumming I drove into downtown where a counter-protest was being held. I had a tape recorder and two still cameras. I parked the car, started the recorder, and started photographing the counter-protesters. There were representatives from a number of national white supremacist groups at the counter-protest, including David Duke and Don Black. Black was an understudy of David Duke during his Knights of the Ku Klux Klan years, later becoming Grand Dragon of that organization. He served prison time when his plan to overthrow the government of Dominica was thwarted. Black founded the website Stormfront in 1995. 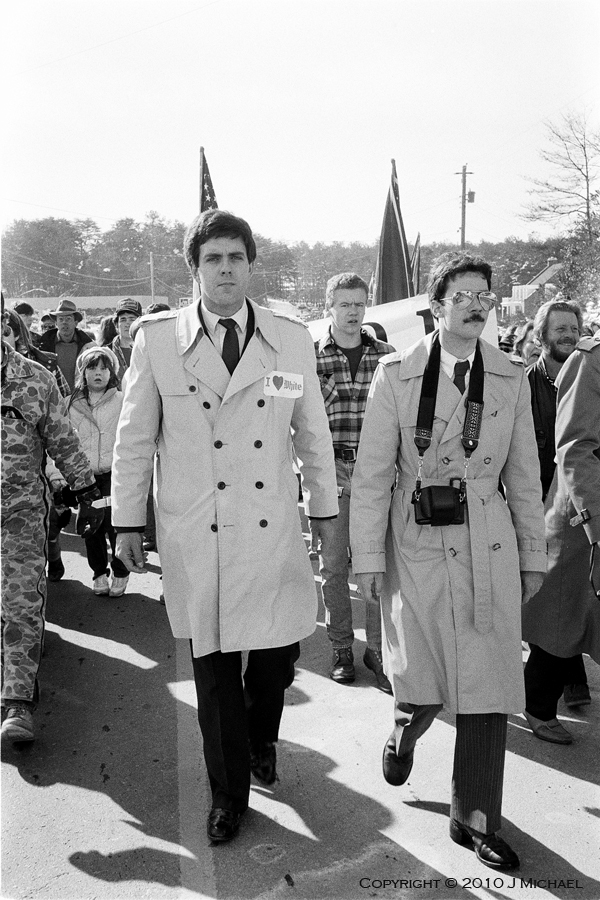 After leaving the counter-protest I drove over to the parking area for the Botherhood March II marchers and joined that march. I recorded the speeches made at this march and photographed many of the marchers.

The photographs and recordings accompanying this article have never before been released. The similarities between what was happening then and what is occurring now with respect to treatment of Muslims, gays, and other groups should be apparent. Currently in the United States the animosity is approaching the levels seen in the 1970s and 1980s. If unchecked there is a high probability the tension and risk of violence will escalate to levels seen in the 1950s and 1960s. The conservative voices of restraint have grown silent.

This post is dedicated to Hosea Williams. Consider donating to Hosea Feed the Hungry.

This entry was posted in Civil Rights. Bookmark the permalink.