On September 12, 2010 I photographed the 912 rally in Washington DC. In the next few articles I will post images from this event. In analyzing the images I see many dimensions or perspectives, such as constitutional principles, abortion, taxes, and immigration. Men and women were about equally represented at the event, and they all appeared to be well fed. Here we have twelve men who appear to have come to Washington with a mission: to right the injustices they are suffering at the hands of their elected representatives. 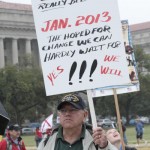 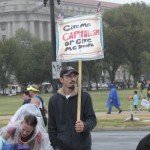 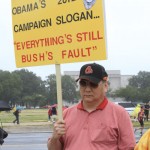 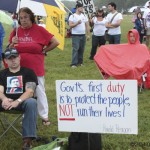 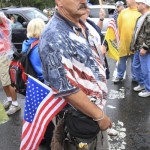 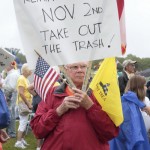 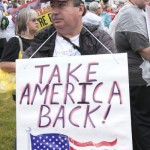 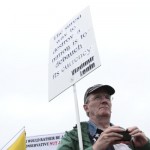 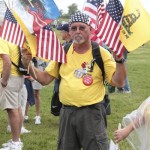 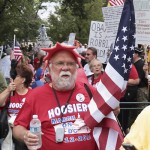 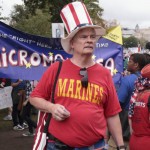 This entry was posted in Politics. Bookmark the permalink.